Needing to win the final regular season game in order to hold down the 4th spot on the competition table the Sutherland Seahawks defeated the Bondi Raiders 42-6.

The defense claimed 5 turnovers from the Raiders; a total of 33 takeaways this year was the 2nd highest all-time for the club. Harrison Brindle set an individual mark when he broke the club tackling record finishing the game with 93. 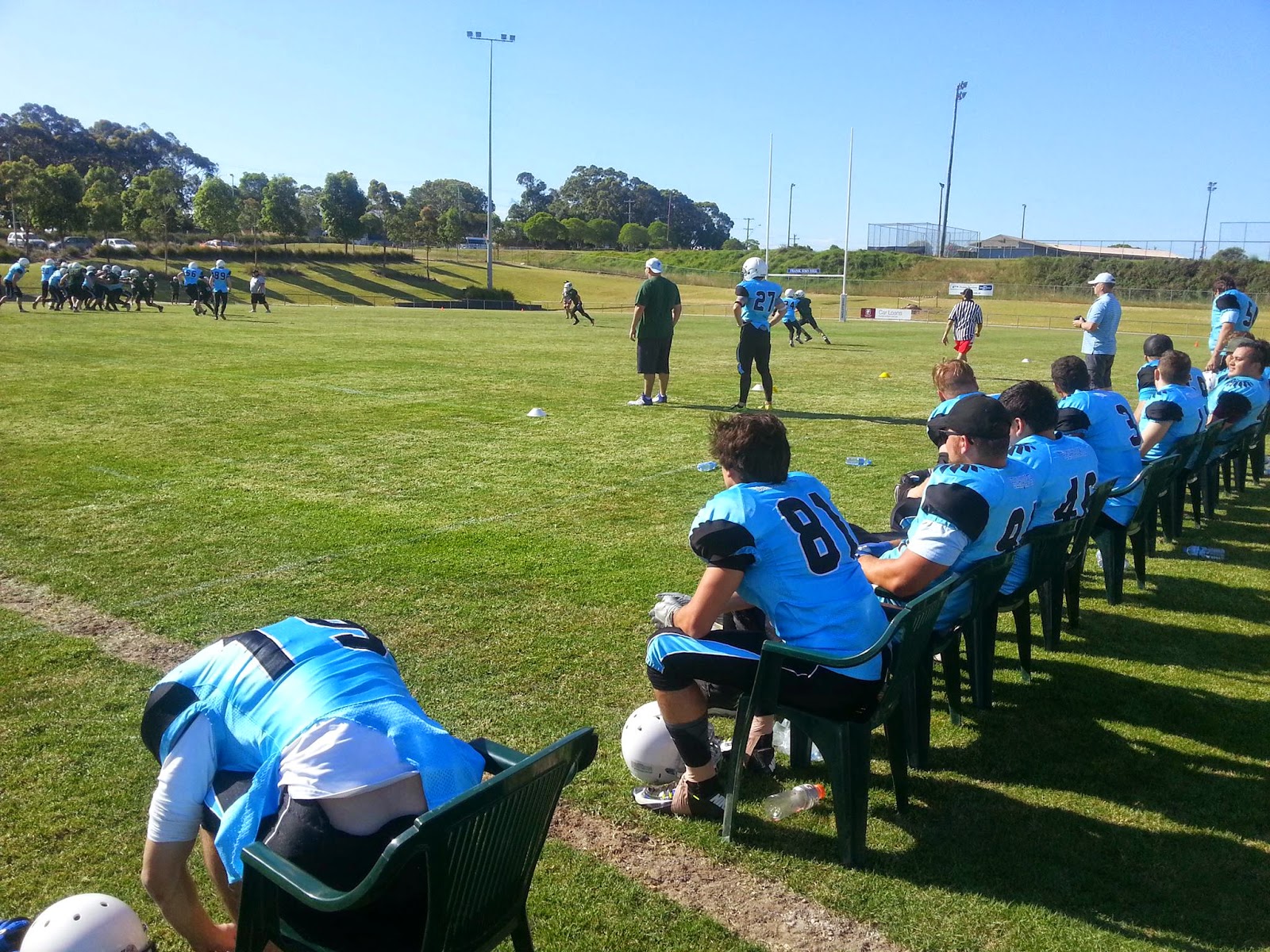 Offensively the game on the ground was very solid in particular and eerily similar to the midseason meeting between the two clubs. In round 4 the Seahawks ground game was 37 for 165 yards, yesterday they were 41 for 169 yards.

Tristan Whiting had his 17th and 18th touchdowns of the year, Jason Lambropolous had the first of his career. Whiting is now #3 on the all-time touchdowns in a season list.

With the victory the Seahawks have improved by 7 wins on the very difficult 2013 and will now play the West Sydney Pirates next week at 5 Sports Caringbah; game time to be confirmed.