SEAHAWKS AVENGE RAIDERS IN ROUND 5

Avenging the 23-20 Charity Bowl loss from the preseason, the Sutherland Seahawks got out to a 26-7 halftime lead before icing the game 32-15 over the Bondi Raiders. 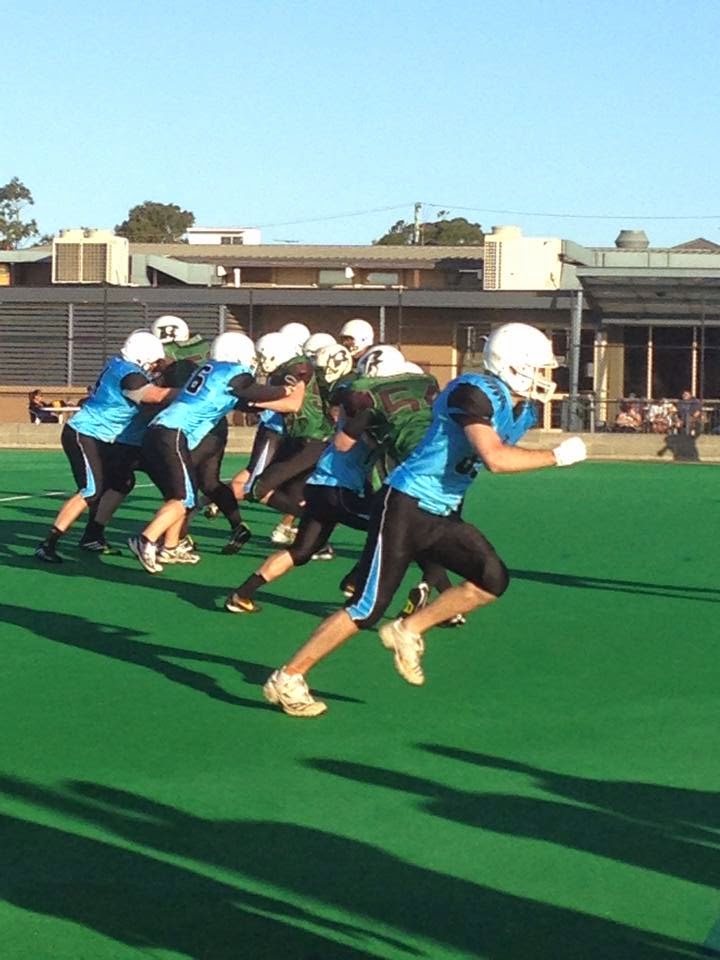 The Seahawk offence had 16 first downs in the first half, a club record, but were inconsistent on 2 point PAT conversions. Again the ball was spread around, 8 receivers catching balls, the versatile James Cosgrove having a career high 8 receptions operating out of the slot, and 2 TD. Tristan Whiting had his 5th TD in 2 games but turnovers thwarted the offence from scoring even more, Bondi making several half time adjustments to their defence.

The Sehawk defence was excellent in the first half in particular with the exception of allowing a kickoff return TD. The Raiders managed 43 yards on the ground, half of that coming on one play. The Raiders were kept under 100 yard passing and completed only 25% of their passes, Terry Chi finishing with 4 pass break ups.

Brendon Apperley enjoyed his move over to the defensive side of the ball, claiming 2 sacks and a safety, really adding some speed to a banged up defensive line position. The 5 total sacks were a season best for 2014.

Next week the Seahawks will travel to Newcastle to play the Central Coast Sharks, a team and trip that has been extremely hazardous over the past 3 years.