Here is video footage posted today of the Rookie Trip for 49ers around the sights of San Francisco from a few weeks ago.


Baylor’s new performance centre is reaching completion. Previously they have been training inside the indoor field in a temporary set up.

Ratliff Performance Center nearing completion. The new home of @BU_Iron_Bear is scheduled to be ready for #CampBU. pic.twitter.com/IHm5DLd7kI

In case you missed it, the 49ers official website did a quick training camp preview of the offensive line in their series going over each position group.

Training camp report date for Rookies and veterans of the 49ers will be July 30th. Some teams will report earlier than that but the league rule is based on 15 days prior to first preseason game. For the 49ers that will be vs the Houston Texans.

Blake is investigating accommodation option in Santa Clara. As mentioned previously the 49ers facility is not strictly in San Francisco, Santa Clara is home to many families and young professionals in the tech sector, think ‘Silicon Valley’. Whilst 49er Rookies can stay at the team provided hotel during training camp, once it finishes they have to have their own accommodation organised; not the sort of thing that there is much time for when the season switches from preseason to regular season. 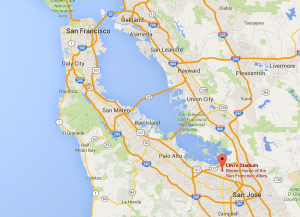 You can check out the entry over on ninersnation.com that gives fans a run down of every 49ers players entering the 2016 season Training Camp; Blake’s entry was posted today.

Rumours have surfaced about NFC teams possibly playing in China in 2018. Could this include the 49ers?

The 49ers were rated 5th amongst NFL teams on the Forbes List of most valuable.

This puts them behind Dallas, New England, Washington and the NY Giants.

With the prospect of having to organise new accommodation in Santa Clara for once training camp finishes with the 49ers, Blake is heading back earlier than originally planned and will tie up some loose ends in Waco with Sean at their residence before heading to the 49ers facility.

Like prior to the combine he will be able to train at Baylor for a period. Sean has started 2nd Summer Session in Waco. They’ll certainly be ready for the heat of training camp better than in Sydney with the historic cold from last week! Fortunately for Blake, he was able to keep his bodyweight up for a longer period with the more sober training schedule of the professional game. 323lb/147kg is right on the upper limit for his desired weight band.

Its July already, and Sean is heading back to Waco.

Its going to be a weird situation for him, when he left Art Briles was the Head Coach, Ian McCaw was the Athletics Director and Judge Ken Starr was the President of the University. All of them are now gone. Several players have also moved on as well as football administration staff; it has been an extraordinary situation that Sean has watched from 9000 miles away.

Sean weighed in just under his heaviest ever weight of 295.9lb, today weighing 293.7lb. He PR’s his max reps on the bench at 225b with a new high of 29 reps. He PR’ed his overhead press and his clean despite much of his lower body strength coming from a lower entry point for the off season due to a spring semester ankle injury. Fall Camp for the Baylor Bears is just 4 weeks away, he and everyone else will be looking forward to seeing the influence of new Head Coach Jim Grobe.

This year Blake and Sean only got a week to train together. Blake will get 4 more weeks at home. 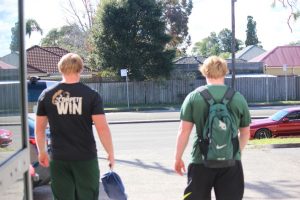