In a game that presented it self as a major hurdle and reference point to how the 2014 season would shape up, finished with several records being broken and one of the best games for the Seahawks in many seasons. 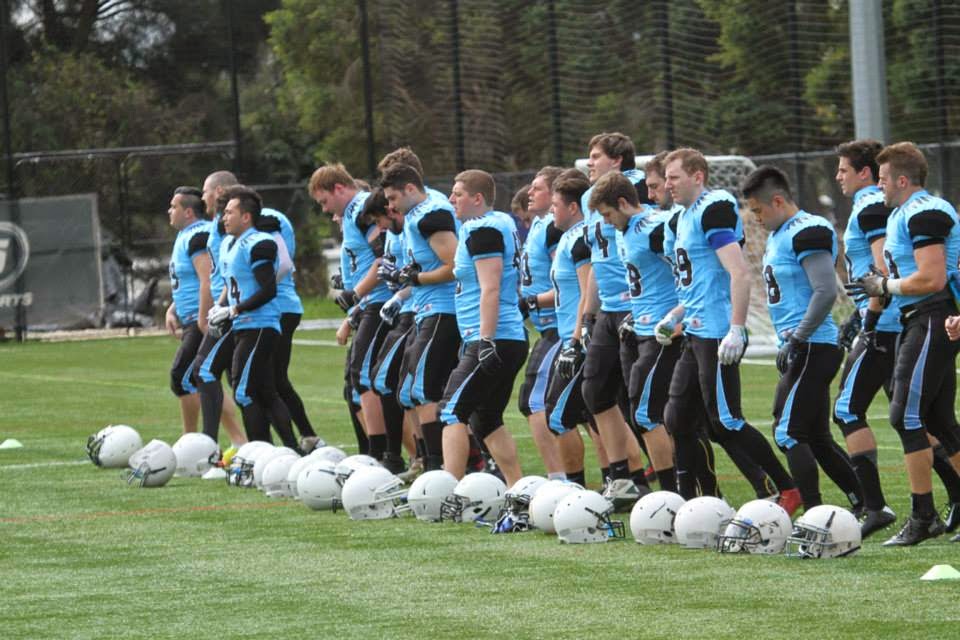 Last year the Predators had two very convincing wins over the Seahawks on their way to the 2013 Championship game. This was a team the Seahawks had to beat to reach the playoffs.

Both teams traded 3 scoring drives a piece; Ned Stelzer, Tristan Whiting and Aaron Beyer finding the endzone for the Seahawks and it required the defense to step up to make a play. Rookie cornerback Nathan Storey started the catalyst for the tipping point for the Seahawks victory. The first of his 3 interceptions changed the mood of the game and vastly tilting things in the Seahawks favour.

Amazingly, 3 straight Predator possessions ended with Storey picking off a pass, the Seahawks offense capitalizing on each with a touchdown. The next Predators possession was returned for a punt return touchdown, Nick Anapolsky capped off a record day for him, throwing an amazing 8 touchdown passes and having a punt return score as well.

In all 7 different players scored a touchdown for the Seahawks and the team had a record 615 yards from scrimmage. 12 touchdowns was also a club record as was the total points of 80, a record that has stood since 2000.