Avenging a loss last year, the Sutherland Seahawks were never troubled by the Newcastle Cobras notching the most convincing win of the season; a 40-0 victory that was shortened by a lightning storm. 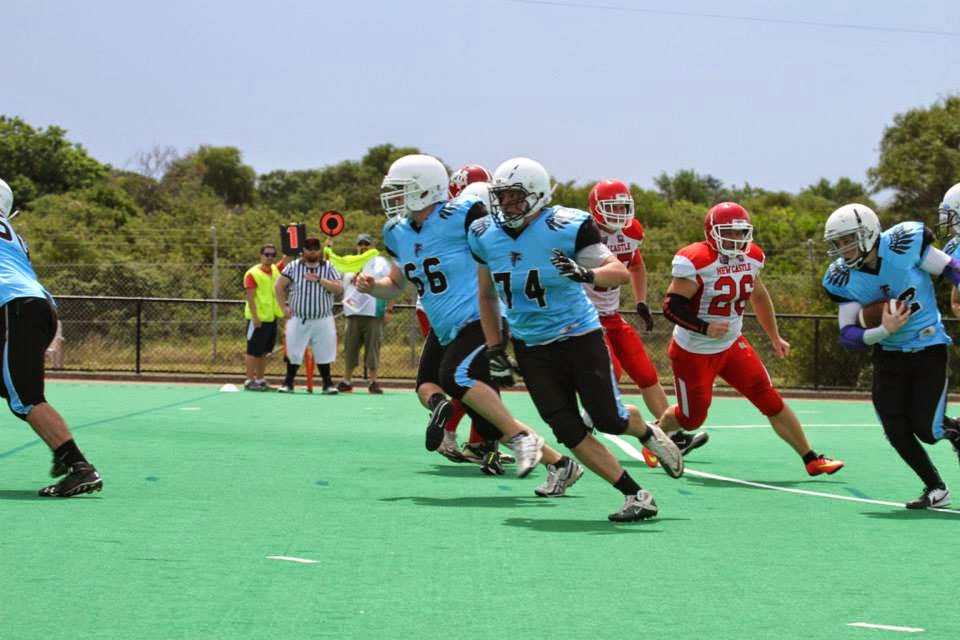 The defense was markedly improved, albeit that the Cobras have had trouble moving the ball so far in 2014. The shut out is the first since Game #3 of 2012.

Harrison Brindle had 10 tackles, the 3rd time this year he has had double digit tackles, Austen Peck finished the game with 3 takeaways, 2 fumble recoveries and 1 interception.

Tristan Whiting was again the workhorse, 111 yards from 19 carries, the 2nd half in particular working very well in the run game. Nick Anapolsky threw touchdowns to Zach Hughes, Aaron Beyer and Sebastian Malagas.

Next week the Seahawks have a very tough encounter with the West Sydney Pirates. A team they have not beaten since 2010 and beaten just once since 2001.