The 2014 season has finished in defeat at the semi final round, as the Sutherland Seahawks went down 34-6 vs the West Sydney Pirates.

Despite being up early from a Mike Hall rushing touchdown and 6-0 lead, the Seahawks could not stay on top of things in the extremely wet conditions.

The game started 15minutes late due to rain and lightning, adjustments to the running game put the Seahawks offense in a great position. Defensively a key first half sack keep the field position favourable but a 115 to 50 penalty yard count against severely hampered things. 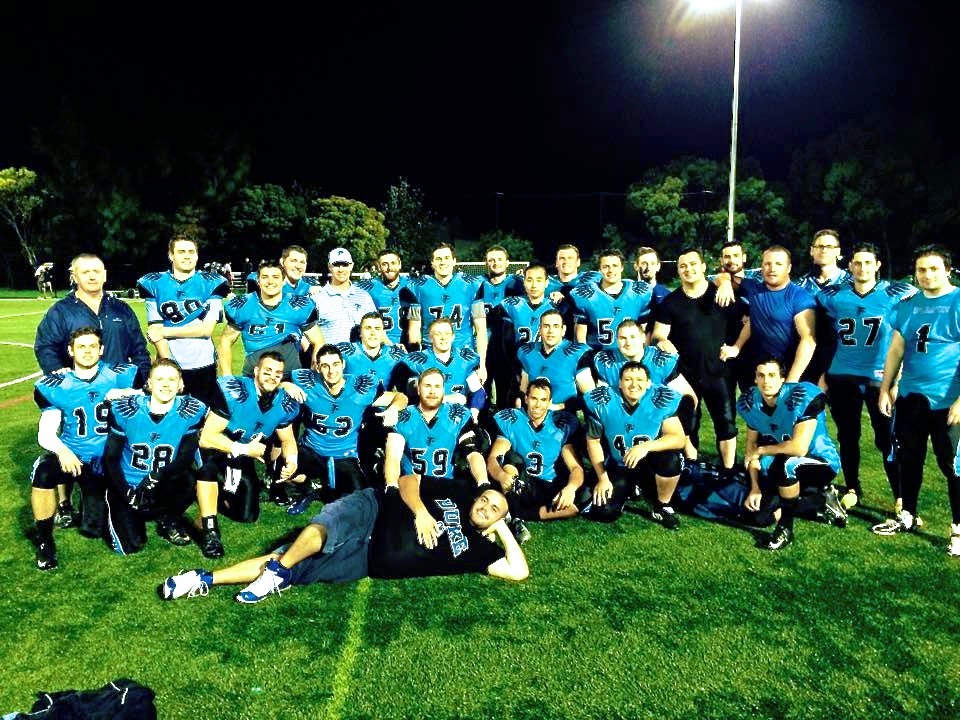 The Seahawks have been winless against the Pirates since 2010 and it shall remain that way until 2015 at the least. Several records were set in 2014.

The offense broke team records for touchdowns in a season as well as passing and rushing TD marks. Nick Anapolsky set a new passing yardage record for the season and passing touchdowns. The offense also set a new mark for fewest turnovers in a season despite running many more plays. The total yardage record was broken by 912 yards! Tristan Whiting went over 1000 yards rushing for the season.

The defense improved by a massive 1.6 yards per play whilst reducing the number of total touchdowns by 17 and increasing takeaways by 18.

Harrison Brindle smashed the tackles in a season record with 107 total.

The Seahawks club will also wrap up Junior football this weekend and then transition into Colts football for 2015. Much to do at the club; football never ceases!!!