As a part of a Grand Final day demonstration game, the Sutherland Seahawks and Bondi Raiders played each other in what was the first ever inter-club game of gridiron for the under 13 age group. 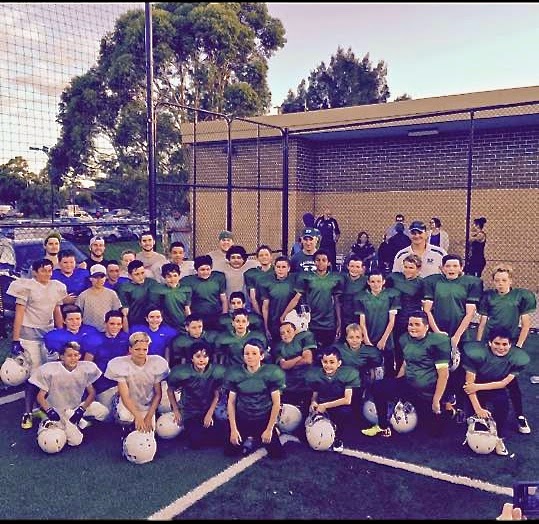 The day was the culmination of the Gridiron NSW Senior season and Women’s competitions, as well as the end of the inaugural Junior Gridiron season for the Seahawks club.

For 2015 the Seahawks club will be pushing to expand the Junior competition to include 50+ players and at least 6 teams. This competition will again run in 4th term with sign ups and the start of training in September.

Many thanks to the players and their families as well as to fledgling coaches Corey Schultz, Daniel Besz, Mitchell Wiseman and Nick Anapolsky.