Now 5-2 SEAHAWKS MUST STEP UP VERSUS WOLLONGONG

After an excellent start to the game, forcing turnovers on 2 of the first 3 UTS possessions and going up 6-0 in the first quarter, the Sutherland Seahawks were not able to continue and eventually succumbed 44-20.

Interceptions from Aaron Beyer who was moved over to the defense for this game and CB Corey Schultz but some missed opportunities to convert 4th down attempts gave UTS field position and points opportunities that the did not fault on. 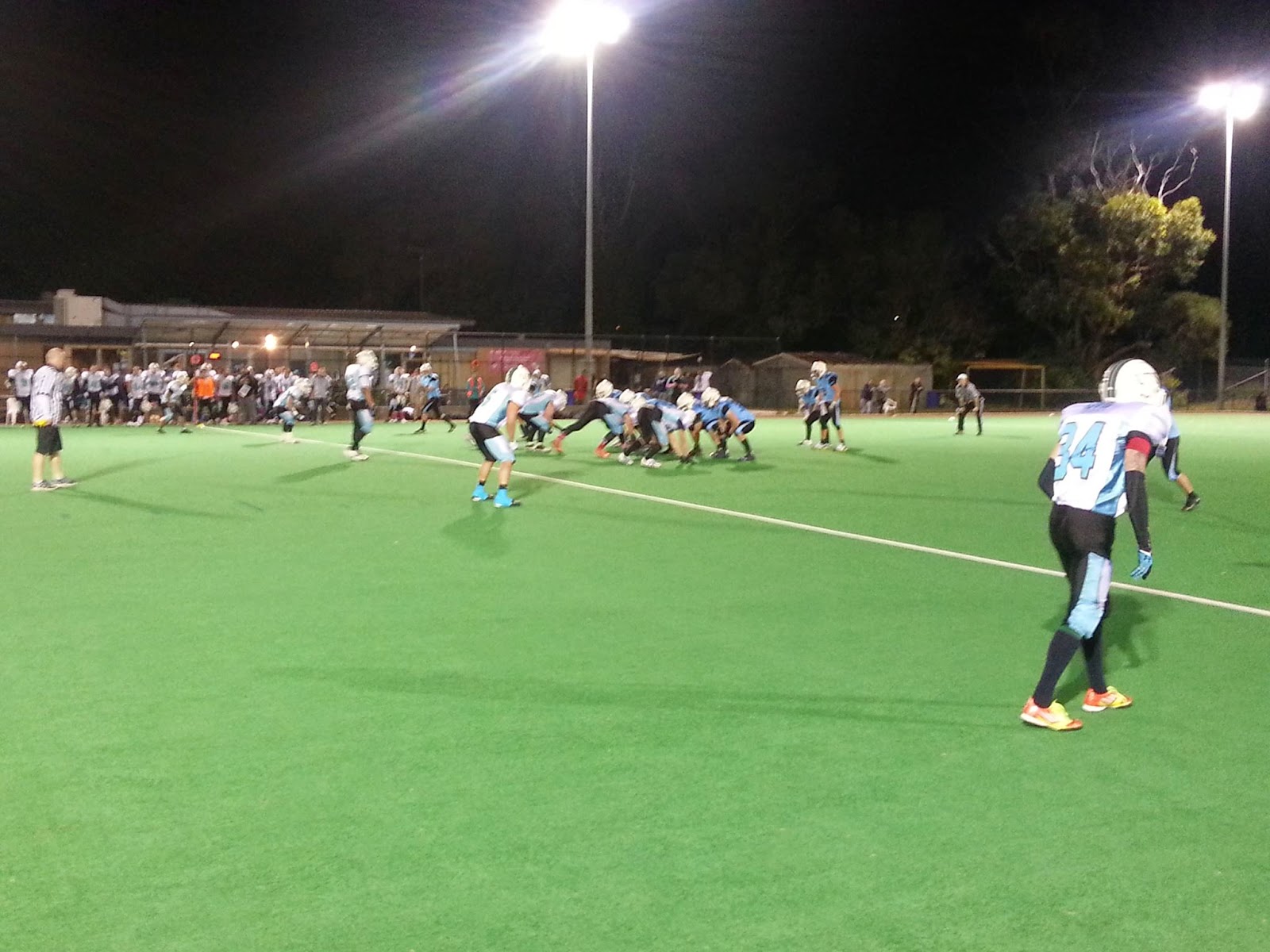 Ned Stelzer set a new club record with receptions with 19 in the game, but inconsistency in running the ball and dropped long passes thwarted extra dimensions int he offense.

The defense was well supported by young players who have stepped up to the next level. Austen Peck co-led the tackle count with Peter Tanti who was moved to linebacker for the first time. Khaled Alfas had two key tackles for loss.

Next week the Seahawks will take on the Wollongong Mustangs in a game that is crucial for stabilizing the season after 2 losses against 2 of the top team.