The Colts team resumes practice on Friday July 26th with the first on field session for players and coaches.

This is a historic change in timing for the Colts program as it has traditionally started practice the 2nd week of December for 19 straight years. With the change in season alignment by Gridiron NSW to move the Colts season to a September-December period, the start of practice for the 2015 season has changed accordingly. 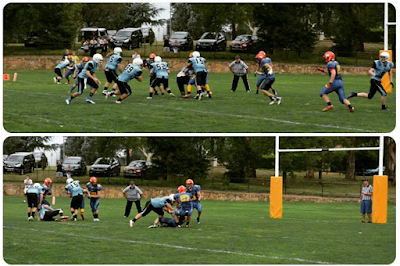 The Colts team earlier this year defeated the ACT State team 50-17 and will be attempting to make a three-peat of GNSW Championships; 2015 will be an attempt at an 8th overall Colts Championship.

2015 hopes to be even better and could be the best Colts team the Seahawks have ever fielded. We’ll find out when the Seahawks take on the Bondi Raiders Colts team for the annual preseason Charity Game on Saturday August 8th. The Regular season starts September 5th.