In a sport in Australia that often attracts players later in life, and is difficult to be consistent in, playing 100 career games is rare. 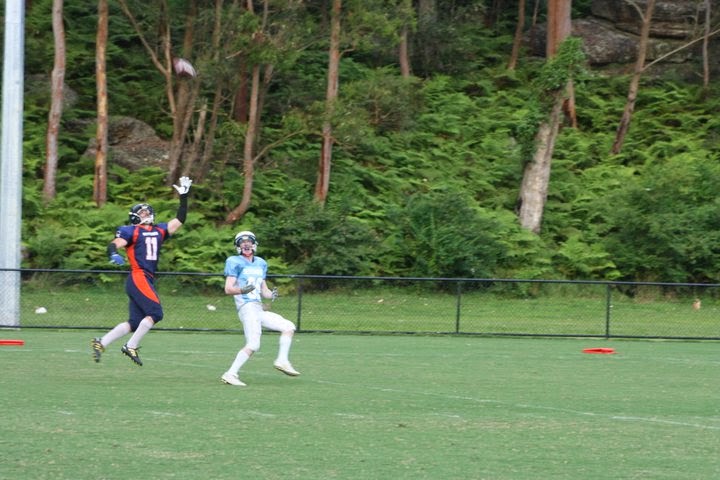 Beyer started football in the Seahawks Colts team in 2007 and has been a part of the offense focus at the club since that time.

Adding in coaching stints for the Colts team, as well as State and National team games, Aaron has seen just about every angle of the club and the sport. He had his highest number of TD’s in 2013 with 13, and came close to breaking his club record in receptions with 62, just short of his 67 in 2010.

He holds the club record for receptions in a career and season and yards from scrimmage, shortly to go over 5000 yards combined.

For his career, Aaron’s stats are as follows: