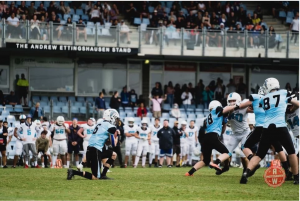 The Sutherland Seahawks defeated UTS Gators, 20-16, to win their 11th Championship and their first state championship since 2017.

The Seahawks faced the reigning Bowl champions, UTS Gators who had won 2 straight State Championships. These two teams were looking forward to a finals clash all season, finishing the year first and second in the standings, respectively. 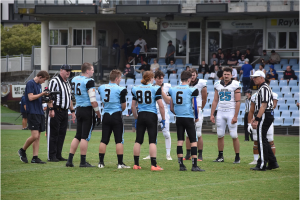 The State Championship, held at PointsBet stadium, was the first game the Seahawks had in their own backyard all season. The home crowd certainly made a difference in the 4th quarter, it was the loudest “Seahawks” chant heard in recent years.

The challengers began with the ball and chewed 9 minutes off of the running clock. The 15-play drive had UTS defenders pulling their hair out as they couldn’t get off the field. Running back Steven Gamu would end up crashing into the end zone in what would be his swan song in the U19’s competition. 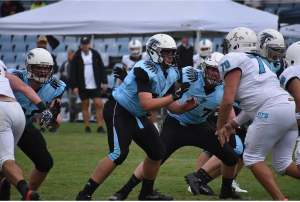 The Seahawks defense were chomping at the bit to take the field. After a tireless week of scout and preparation for the Gators’ offense, they were ready. A fast 3 and out gave the defense confidence. The Hawks’ offense stalled a drive of their own and returned the ball to UTS. But the defense stayed hot. Tremendous pressure on the UTS quarterback and sticky pass coverage lead to another 3 and out, including 2 pass deflections from Seahawk defenders.

The offense started rolling as UTS shot themselves in the foot with penalties. A “roughing the punter” was awarded and the Hawks’ drove the field. The 8-play drive chewed more clock and more importantly put points on the board. Quarterback Harry Clarke punched in a touchdown of his own putting the Seahawks up 12-0. 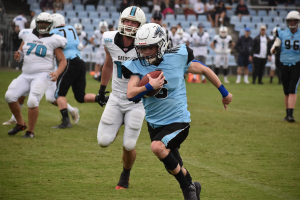 Halfway through the second quarter, the Gators reached their only first down of the first half on a seven play drive. But the defense stood stout with 4 incompletions forcing a turnover on downs at midfield.

The Offense chewed more clock but gave the football back to UTS on their 25 yard line via turnover on downs. With under a minute before halftime, the defense stood tall again. Four straight incompletions took the Hawks to halftime with a 12-0 lead and UTS confused in their inability to move the ball. 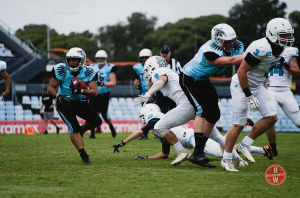 UTS opening the second half with the football gave them a chance to get in the game but the Seahawks defense expected some changes and were ready. UTS, more balanced, began to run the ball but still had deficiencies in the pass game as Safety Xavier Patte intercepted the football. 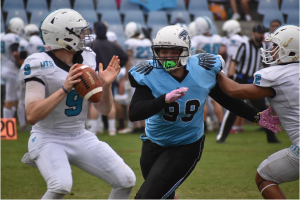 The Seahawks offense were slow in the 3rd quarter, with just 1 drive resulting in a punt. The defense returned and their bend don’t break mentality had been tough all game. But the Gators stayed balanced and began to move the rock. Linebacker Ethan Scott was a menace all game with 9 tackles, 1 pass deflection and 2 QB hits.

Entering the 4th quarter, the Gators running back finished off the 11-play drive, scoring their first points of the game. But quarterback Harry Clarke wasn’t going to lose this game. A 2-play drive saw the Seahawks push the lead to 20-8. The Seahawks’ playmaker outran the defense for the 77-yard touchdown on a QB keep. 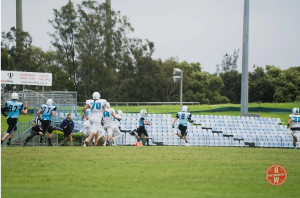 The Gators returned to the field and being down two scores, time was slowly running out. The Seahawks defense kept their ‘grind it out’ mentality and continued to shut down any explosive plays. A few referee calls prolonged the drive and the Gators running back broke into the end zone for his second touchdown of the day. The 11-play drive chewed over 5 minutes of clock. Seahawks 20 Gators 16.

The Gators attempted an onside kick and recovered it. Seahawks players and fans reeling as certain victory had gone begging. But the defense knew it was their time, their opportunity to win the game and seal an 11th championship.

The Gators with the ball just shy of halfway and under two minutes had their shot at a 3rd bowl win in as many years. The Gators ran the football in an attempt to get some chunk yards but inevitably knew they would half to pass the ball against this stout pass defense. The fierce pass rush of ‘Kookaburra Bowl MVP’ Daniel McDonald made the opposing quarterback uncomfortable for four quarters. 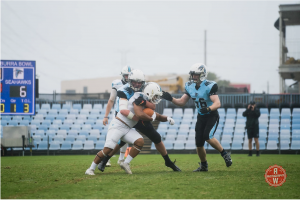 The 8-play drive ended on an incompletion forced into tight coverage by Safety Seb Riley. With the ball hitting the turf; the Seahawks sideline and home fans erupted knowing the game was over and the Seahawks were Bowl champions. The offense returned to the field for the last time to kneel out the clock. A swan song finish for many graduating players who have spent years studying, watching and playing the game of football. 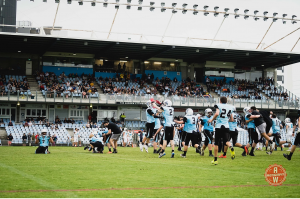 This victory was the first Colts’ championship for Head Coach Daniel Besz and the young coaching staff. Many of whom had been apart of the Seahawks 5-year championship run spanning from 2013-2017 as players.

The Sutherland Seahawks will enjoy the offseason and will return next season as they hunt for their twelfth championship. 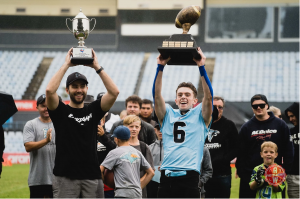