The cut down to the 53 man roster has occurred for all NFL teams. For Blake it doesn’t change much, he will have a chance to be re-assessed for injury around week #6. He did how have the highest Pro Football Focus grading of any Colts’ player in the preseason which bodes well.

2017 marks 30 years since the beginning of the club and again the club will field a Division One and Colts team in the Gridiron NSW competition, as well as hosting its in-house Junior 5 a side competition.

The draw for the 2017 is now available, accessible in its entirety here with week #1 posted below starting shortly on September 2nd.

The Junior program will have its first practice on friday September 1st; those who still wish join for 2017 can find the contact page at this link.

The Colts program will be attempting to defend its  4th straight championship and going for a record 5th in succession and 10th in total.

The Division One program will be working towards advancing beyond its 2016 playoff appearance.

Unfortunately an injury at practice has meant that Blake will spend some time on injured reserve. Accordingly, to make space, the Colts waived and then the following day placed Blake on their IR. With a rehab time of a few weeks Blake will be ready again a few weeks into the regular season. This will allow a patient approach to being back at practice.

Indianapolis opened their preseason against Detroit and it was extremely fortunate to view in person. Blake came in on the 3rd drive and played the remainder of the game taking the most number of snaps of the offensive linemen.

2nd stringers usually sub the firsts pretty early in the preseason. It only took half way thru the 3rd possession for #63 Blake Muir to get in the game.

Fringe benefits of coaching people all the way to the NFL; hotel and free parking across the street from the stadium. And today Lucas Oil stadium has retracted the roof!!!

Caught up with Sean in Waco. He has now graduated and has been interning with a local business.

Australia doesn't have anything like the NCAA system that blends tertiary study with high caliber sport. @seanpmuir just graduated this week from Baylor university in Texas, and is leveraging his schooling, sporting development and personal connections into a burgeoning list of global career options.

I am surrounded by large people pic.twitter.com/uOglfFzXwD

Indiana Colts back at practice following day off https://t.co/Ylqp9yvEdD pic.twitter.com/fbfBLJXXTI 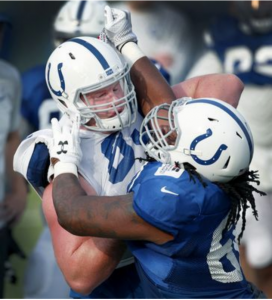 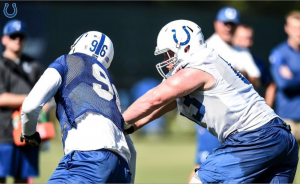 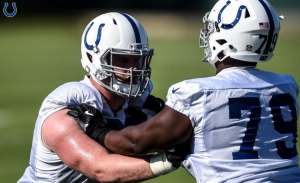 Practice schedule for the Colts this month is as follows.

The summer off season break has begun, Blake will be able to stay with Sean as he finishes his last courses towards graduating in August. Training for the beginning of camp is on schedule. Training consistently since the end of 2008, its a good resource to have being able to go back and compare so many accumulated off seasons of work to gauge where you are, where you were and what really needs to be emphasised. 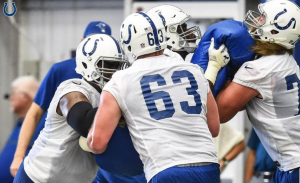 The Colts wrap up their OTA’s today and will have just one more mandatory 3 day mini-camp next week before their summer break begins. 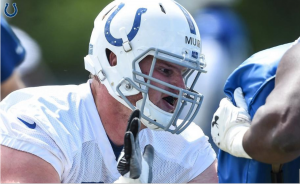 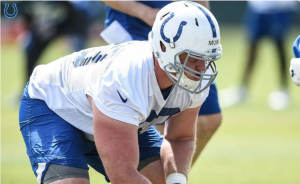 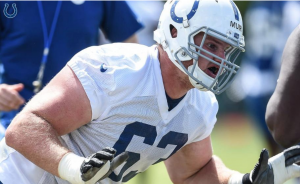 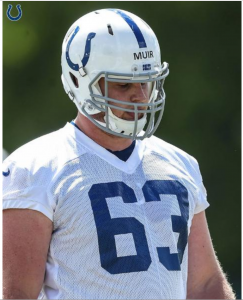 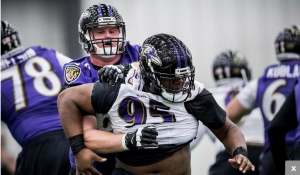 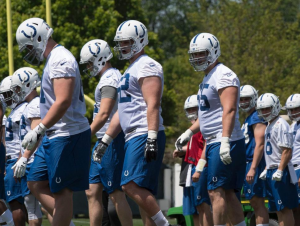 Back to business. #RiseUp pic.twitter.com/zM769hrjnF

Note the dates here for the Falcons taken from this website.

Blake will head to Atlanta immediately prior to the April 17th report date.

Lots of speculation about the off season moves for the Falcons. A good place to catch up with the latest news might be the SB Nation blog ‘Falcoholic’ that does a pretty good job keeping up to date with all things Atlanta Falcons.

Of course the team official page is also an excellent official source. 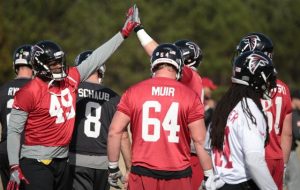 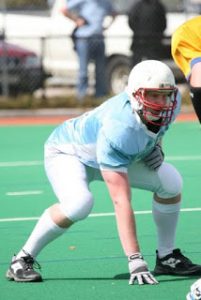 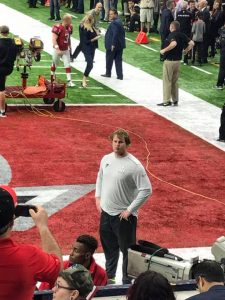 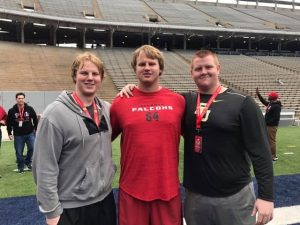 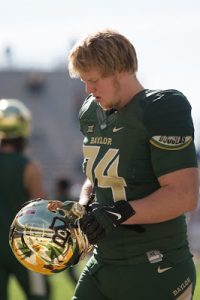 The Falcons are leaving on the team charter plane for Houston. See Blake on the tarmac at 3:30 of this clip.

You can also listen to the latest podcast with Blake here.

It might be Australia Day in Sydney but the Atlanta Falcons are getting ready for the New England Patriots. You can follow their official website here.

Football takes you to weird and wonderful places, with the dominate victory of the Atlanta Falcons over the Green Bay Packers yesterday, it will take Blake to Reliant Stadium in Houston in 2 weeks time for a chance to win the Superbowl.

Arguably the most single recognized sporting event in the world, the Atlanta Falcons will play in their 2nd ever Superbowl against the New England Patriots; the most successful team of the modern era. The Falcons have never won a Superbowl, the Patriots will be attempting to win their 5th in 8 attempts.

For Blake it will mean two more weeks of practicing and preparation. His inside familiarity of Green Bay’s team from his time there was a valuable resource in the preparation of the NFC Championship and the Falcons sure did deliver.

Full highlights of the game can be seen here. 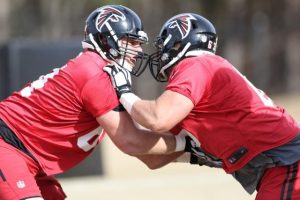 The Falcons are favoured at home to the Packers. The teams met each other back in week #8 and the Falcons won 33-32 in one of the best games of the year. That game was also at home in the Georgia Dome. Every game for the last 3 weeks has potentially been the last game ever at the Georgia Dome for the Falcons……. this time it definitely will be the last. The Superbowl will be in Houston at Reliant Stadium.

With a victory over Seattle, the Falcons progress to the NFC Championship game against the Green Bay Packers.

The game will occur Monday morning 7am Sydney time. More info to follow during the week.

The Atlanta Falcons will play the Seattle Seahawks in the Divisional round of the playoffs at home.

Kickoff time will be 8.30am Sunday morning Sydney time.

LG Andy Levitre with the rest of the offensive line coming off what was believed to be a hip injury pic.twitter.com/fZRz2MaSer

You won’t get a chance to catch up with Sean this time, he’s staying in Waco between bowl game and the start of school. This semester he will be able to graduate so there are a lot of final academic touches to put on things through May. The new Baylor coaches are assembling and their focus obviously is on signing day in early February.

The Atlanta Falcons are using their first round playoff bye to get ready for the highest ranked winner from the Wild Card round. Seattle play Detroit and New York play Green Bay. 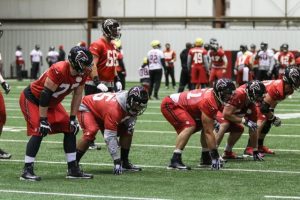 The Atlanta Falcons finished off their 2016 regular season with a strong win over the New Orleans Saints. They have now finished with the #2 seed in the NFC and will have a week off. 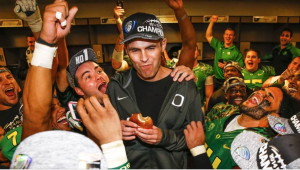